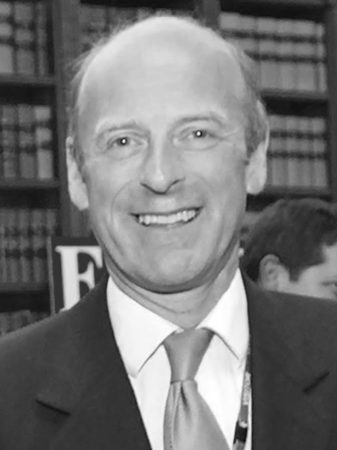 Rupert Goodman was educated at Eton and Trinity College, Cambridge. Founder of FIRST and Chairman of the Board (FIRST is a Queen’s Award for Enterprise winner in 2010 and 2013). Chairman of World Petroleum, Chairman of World Energy Insight, Founder Director of Equilibrium, Director of New Waves Solutions, Chairman of Elmbridge Partners, and Fellow of the Royal Geographical Society. A Trustee of the National Botanic Garden of Wales (2005-2008). PPA Award recipient in 1993.

He is a Vice-President of The Algerian-British Business Association, a member of the International Advisory Council of Atlantic Publishing and a member of the Development Board of Artes Mundi.

He has written and co-edited a range of publications on international affairs, such as the special report on Britain’s Foreign Policy.